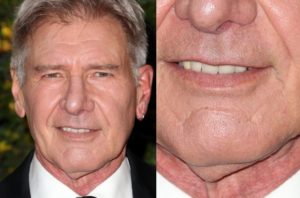 Time may heal all wounds, but for scars, it’s the opposite. Whenever the skin is injured, the body’s natural healing response goes into overdrive, working hard to produce extra collagen, which “fills in” and repairs the injured tissue. Scars can develop due to any number of reasons, but they affect almost everyone at some point in our lives.

In fact, you may be surprised to learn how many so-called “perfect” celebrities have scars, though this isn’t too surprising when you stop to consider that scars and beauty aren’t mutually exclusive. Thanks to exciting innovations in the field of Dermatology, however, scar management is better than it’s ever been before. At Kitagawa Dermatology, Dr. Kory Kitagawa offers various treatments to reduce the appearance of unwanted scars, including laser skin resurfacing, laser light therapies, and even soft tissue fillers like Restylane.

Michael K. Williams of “The Wire” (as Omar Little) and “Boardwalk Empire” (as Chalky White) fame earned his scar the old-fashioned way: by getting slashed across the face with a razor in a bar fight on his 25th birthday. The scar catapulted him from being a struggling dancer to being cast as iconic characters in movies and television shows. 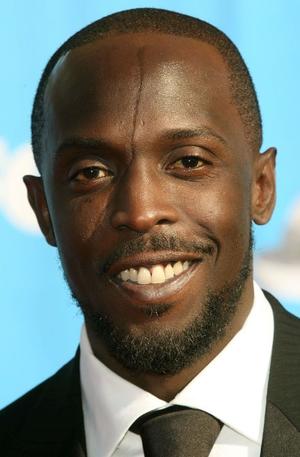 Brilliant comedian and writer Tina Fey was attacked by a stranger when she just was five years old, playing in the front yard of her suburban home. The little girl thought the person had drawn on her cheek … but the “drawing” was done with a blade. Though she was traumatized at the time, she confidently moved on with her life. She says she usually doesn’t even think about the scar until a cameraman points it out. And honestly, did you ever notice it either? 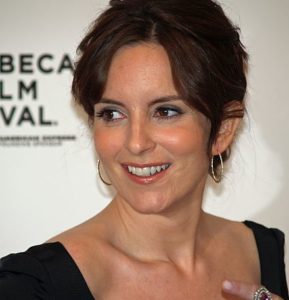 Celebrity cook, author, and model Padma Lakshmi of “Celebrity Chef” was in a car accident at age 14 that left her with a 7-inch scar on her forearm. She says the scar reminds her that she’s a survivor with an interesting past. She’s so untroubled by the scar that she happily posed nude for a photo shoot in “Allure” magazine. 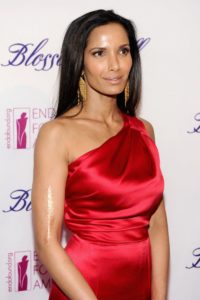 Harrison Ford — the original Han Solo in “Star Wars” and also the original Indiana Jones — was given a great backstory for his craggy scar in the movie “Indiana Jones and the Last Crusade.” Indiana got the scar while he was practicing with his whip. The real story is more mundane: young Harrison started driving before buckling up, was fumbling around for his seatbelt, and rammed into a telephone pole. 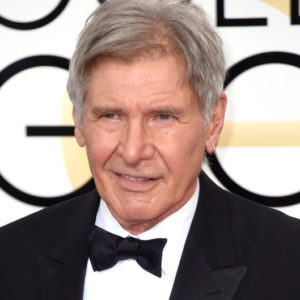 Actress Catherine Zeta-Jones of “Feud” (as Olivia De Havilland) “The Mask of Zorro” (as Elana) has a scar on her neck that she won’t let make-up artists cover. Why not? That scar saved her life. It marks the spot where doctors performed a tracheotomy on her when she was a child. Good work, docs!

In the case of character actor Danny Trejo (“Machete”), his entire face is riddled with scars, from acne pock marks to dents left by other boxers’ fists. Once he made it onto a film set, those scars became his bread and butter. His IMDB page sports 538 appearances in films and movies, with about 20 projects for 2018 alone. 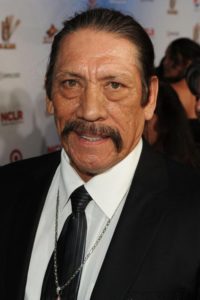 If you’re not a celebrity, you don’t have to flaunt, celebrate, or even live with your scars. Dr. Kory Kitagawa of Kitagawa Dermatology uses a combination of laser and other dermatologic therapies to improve the appearance of scars. Every scar is unique and has its own story, which is why Dr. Kitagawa works with you on an individual basis to design a scar-improvement strategy that helps you feel like a star again.

We’re located at the Kuakini Medical Plaza, 321 N. Kuakini St, #610, in Honolulu. You can call our helpful office staff or contact us online.

TESTIMONIALS FROM OUR PATIENTS

I had the opportunity to meet with Rocco. Extremely professional and knowledgeable. Knew exactly my issue and how to combat it. Gave me tips on how to prevent future cosmetic issuses. So many businesses out there I am glad I  …

“Excellent dermatologist! He is quick yet thorough. I recommend an early morning appointment to avoid a long wait. The staff are perfectly pleasant. I really appreciate the fact that Dr. Kitagawa has never pushed me to try Botox or other  …

“Took my mother here last week. Was worried when I noticed a new skin something or another on her head. So I called her dr and he referred us to here. This was the easiest dr visit ever. Came in  …

“Awesome awesome awesome !! This is office is top-notch and it’s refreshing !! The staff is so very pleasant and accommodating and worth the wait for our appointments. We saw PA- Rocco LAUDADIO and not only is he thorough he’s  …

“Dr. Kitagawa seems very forthright and honest, and he knows what he’s doing as far as tattoo removal. He told me that it would take multiple sessions to fade my tattoo out completely, but that luckily because it’s not too  …

LET US CALL YOU BACK!